The internationally acclaimed college is using its new PMC system for advanced stereo mixing in its Dolby Atmos Dub Stage. Thanks to a philanthropic gift from the parents of a former student, Berklee College of Music has become the first teaching establishment in the USA to invest in a pair of PMC8-2 monitors.

The monitors have been installed in Berklee’s main Dolby Atmos-certified Dub Stage where they are giving students the opportunity to mix projects in stereo using the type of high end equipment that they will encounter in real life.

Rob Jaczko, Berklee’s Chair of Music Production and Engineering, says: “PMC’s reputation in the industry has always been one of very high quality and I am impressed by the accuracy and bass response of these speakers, even without a sub woofer. This is the first time we have had a pair of PMC speakers on campus, and I am delighted that we can now broaden our student’s awareness of the top tier of monitoring manufacturers.”

PMC’s new range of compact near-and midfield monitors were introduced last year and are already redefining the listening experience for audio professionals, whether they are working in stereo or large scale immersive formats. The range, which replaces PMC’s existing twotwo series, includes PMC6, PMC6-2, and PMC8-2 monitors, along with their associated subwoofers the PMC8 SUB and PMC8-2 SUB.

All models have the same signature sound as PMC’s main monitor products such as the QB1, BB6, MB3 and IB2, and are therefore the perfect complement to them.

Located in Boston, Berklee College of Music was founded in 1945 and now has nearly 6,000 students studying a range of music-related specialities including Composition, Music Performance, Professional Music, Music Therapy and Music Production and Engineering.

It is widely regarded as one of the best music colleges in the world and its alumni include household names such as Quincy Jones, John Mayer, Charlie Puth, Bruce Hornsby, Meghan Trainor and Diana Krall.
Berklee College of Music took the decision to invest in new PMC8-2 monitors after its main Atmos Dub Stage was equipped with a new Avid S6 Controller console.

“We have numerous recording studios, mix suites and mastering facilities on campus, including six live tracking rooms that cater to the many musicians on site,” Rob Jaczko explains.

“We also have a post production speciality within the Music Production and Engineering syllabus, which teaches students audio post production techniques for cinematic purposes. The Atmos Dub Stage is used for this work and is a fabulous listening environment. Changing the console gave us the opportunity to move our advanced mixing curriculum into the studio. This meant we needed dedicated stereo monitoring that could work alongside the immersive audio system, so we chose PMC8-2 monitors because they had the power and accuracy we needed for this space.”

Jaczko, who began his career as a recording engineer and producer at A&M Studios in Los Angeles, is so pleased with the sound of Berklee’s PMC8-2 monitors that he is now considering adding a pair to his own private studio.

“At Berklee, we only equip our studios with definitive gear that is representative of a professional standard,” he adds. “This philosophy defines every purchasing decision we make because we want to ensure that our students become familiar with the type of equipment they will encounter in the real world. PMC certainly fits this brief, and I am sufficiently impressed with the performance of the PMC8-2 monitors we have installed that I would like a pair of them at my studio.”

Although Berklee currently has only one Atmos Dub stage Jaczko adds that he can’t rule out the possibility of more immersive audio studios being built in the future, especially now that streaming services such as Tidal, Amazon and Apple are embracing spatial audio formats for music.

“We are watching the market to see where this goes before making a decision, but if we do I can see PMC being part of that conversation,” he says. 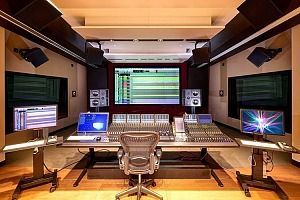 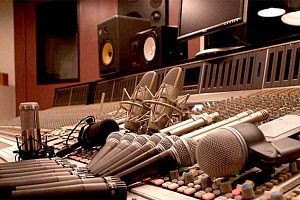 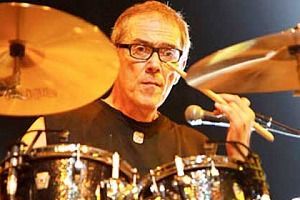