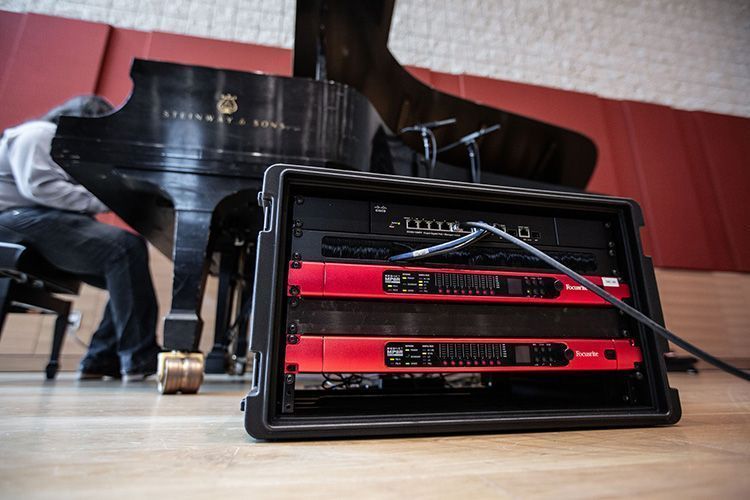 Focusrite has taken a major step in interoperability and the integration of third-party devices by collaborating with Solid State Logic (SSL) to offer SSL System T console users the ability to directly control the Focusrite RedNet MP8R remote-controlled mic preamp from the desk.

“The Focusrite RedNet MP8R is one of our highest quality mic pre’s,” says Focusrite Pro product manager Cameron Stevenson. “Its front panel and software control aspects make it very valuable in a live or studio environment where you might want to adjust the gain or set any of the parameters on stage or in studio.” However, when working with a console, says Stevenson, a lot of engineers prefer working from a single platform as opposed to having studio control room or FOH control of the preamp parameters by way of RedNet control on a computer.

“To streamline that workflow,” says Cameron, “we collaborated with SSL to allow the SSL System T console to seamlessly control our RedNet MP8R mic pre and all its parameters directly from the console. This simplifies workflow, allowing engineers to focus on their mix instead of worrying about the technology behind it.” Along with direct console control, a paired SSL system T console can store and recall MP8R parameters with console scenes and showfiles.

Tom Knowles, SSL Product manager – Broadcast Systems, comments, “Enhanced interoperability through software updates is at the heart of SSL broadcast and System T, delivering features that allow operators to use AoIP products of their choice. Native console support for audio transport and connections management for Dante, AES67 and ST 2110 is an essential part of System T‘s advanced workflow. An obvious extension of this is integration with a variety of Mic preamps, allowing customers with an existing inventory to reuse IO boxes for different events and productions as they require. MP8R devices show up on the network in the same way as any Dante-enabled device. System T software can route individual mics immediately but also can configure these as logical instances for managed and secure access. When routed to a console channel path mic gain, pad and phantom power are immediately mapped to the channel strip for hardware and software control. Gains and controls are stored and recalled with consoles showfiles and scenes for precise operation in fast paced productions.”

The RedNet MP8R is a 1U, eight-channel remote-controlled mic pre and A-D interface for any Dante audio-over-IP network

The MP8R’s unique automatic gain compensation feature allows for a variety of flexible workflows; each mic pre feeds a pair of network transmitters – one directly fed by the mic pre, the other fed through automatically compensated DSP – making mic pre sharing simple. Front panel level indication is provided through 6-segment LED meters, while an OLED display indicates input gain and other system information. 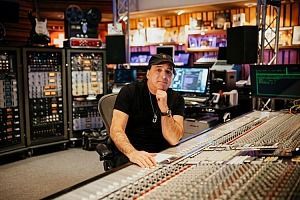 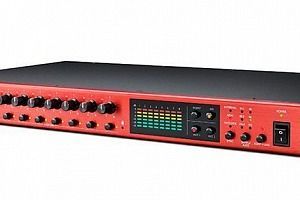 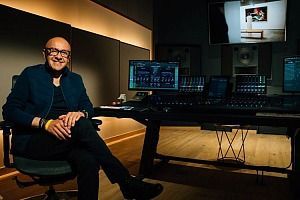