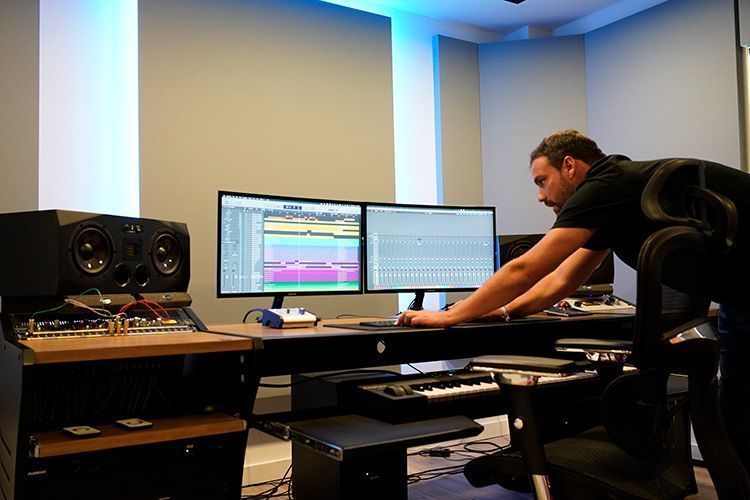 When creating the control rooms at his new Swag Studios production facility, Sanoja knew he wanted his room sound to be a true reproduction of the recording, free from side and rear rebounds, with well-controlled midrange and bass. To this end, he enlisted the studio expertise of AVN Systems for custom designed acoustic panels, diffusers and systems integration.

Located on a lively pedestrian plaza with popular restaurants in a property owned by his partner, Sanoja wanted to build a studio that combined a relaxed, uncluttered atmosphere, with all the modern amenities and technical capabilities needed for producing music today. When the studio was completed in July, Sanoja showed the finished product to contacts at record labels. The labels’ artists liked what they saw, and the result was a deluge of requests from record labels wanting to use Swag studios to record their artists and composers.

Having worked for over 18 years producing music in a wide variety of studios, Sanoja’s experience greatly influenced Swag’s design. Working in control rooms with sub-par room treatments can often present challenges to a producer moving at the modern speed of production, preventing them from getting a true, accurate depiction of what the work is sounding like. Also he noted that modern studio equipment choices should reflect the needs of today’s music client, recording vocals using their own DAW, laptop and digital sounds.

When asked what sonic aspects are most important to his mixing process, Sanoja prioritizes having the best possible raw sound source, and a clear, uncolored, frontal presentation of the mix at the control desk, with minimal rebounds coming from the side and behind

Gabo knew he had made the right room treatment choice before the AVN treatments were even installed. “The first thing I noticed about AVN treatments was when we were creating the first room we created at Swag, the B room – when they brought the panels, diffusor, and treatments into the room and simply placed them on the floor, you could already tell a huge difference in the effect they had on the room’s sound, even before they were installed on the wall.”

It’s all in the details

Sanoja praised AVN’s attention to detail which has made working in Swag studio more versatile and greatly sped up production workflows. One such detail can be found under the customized producer desk AVN installed in the A Room, under which AVN installed a connection box to eliminate complicated cable runs from the desk to the main desk. Depending on how the producer wants to work, whether they want to set up a session inside the control room, recording from that desk or from the recording booth, they have the option to set up to the patch bay or to the box.

Getting the job done right

One of the challenges presented by the Swag studios project was that both A and B rooms were finished and had walls that couldn’t be removed in order to adjust the geometry. For this reason, AVN recommended using surface-mount panels and custom-designed treatments helped to make the room’s sound more intelligible. 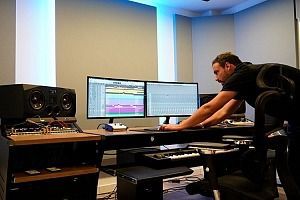