As musical needs continue to evolve around the world, Metropolis Studio, one of the largest commercial studios in London, recently added Dolby Atmos mixing to its roster of services.

The decision coincided with a studio upgrade that enabled the team at HQ to better manage remote productions with the studio’s newly added space in Brighton. The addition of the new studio ultimately inspired Metropolis to install immersive audio capabilities to best serve requests from major music labels.

“Atmos is quickly becoming an industry standard, so we knew we needed to jump in”, says the studio’s chief audio engineer, Paul Norris. To keep up with the Atmos demand, Norris added NUGEN Audio’s Halo Upmix, Focus and Paragon plug-ins to the studio’s toolbox. This arsenal aids the Metropolis team creatively, while also helping them translate a stereo mix into surround without losing any of the music’s integrity. He uses NUGEN Audio’s Halo Upmix software regularly as he finds it beneficial when working with stereo stems.

Depending on how many stems you’re given, Halo Upmix is especially useful when the effects stems come separately. Halo allows me to upmix the effects to make them sound immersive, which is great. I also love to use it on individual stems, like drums and percussion. Depending on what’s going on, Halo Upmix can be used to make those stems a bit more immersive, he explains.

Norris also keeps NUGEN’s Paragon reverb software in heavy rotation for when he has a vocal stem with reverbs built into it. “Being able to then send that stem to Paragon to turn off the front channels and only use the rears and height, has been so helpful”, he says. “It allows me to have a reverb spread and give the sound a bit of space, depending on how you’re using it on vocals. I also found it useful for putting the drums ‘in’ a room”.

Monofilter is super valuable for when I receive a lot of bass recordings in stereo that need the sub to be in the middle to give it a solid bass, but still keep things intact. I’ve been using it often on percussion tracks. I think it’s great on that sort of thing, to get a little bit of extra whip. Even though the plug-in is technically doing something sort of unnatural, it still produces something very true sounding, he adds.

Among the other Focus plug-ins in Norris’ toolbox is Stereoizer, which he utilizes frequently. “I use it a lot on percussion because I think it is a great way to get a little bit of extra whip on the sound”, he says. “I also incorporate it a lot on synthesized stems”.

He recently called on Stereoizer to add width to a mono track for a choral arrangement. “It filled the chorus out much more than hearing it just in mono”, he explains. “Stereoizer helps me add something a little more creative and exciting to the recording in a natural way. It doesn’t change the vision of the artist or producer. NUGEN software has been super handy for recreating an organic sound”.

As with many audio engineers, Norris began his career studying music, creative music technology to be exact, at Hull University. Today, he is the studio’s Chief Audio Engineer, overseeing its music technology activities and working with such A-list names as Gorillaz, Ed Sheeran, Lewis Capaldi, Mystery Jets and Rhianna, with whom he won a GRAMMY for recording the album, Unapologetic. 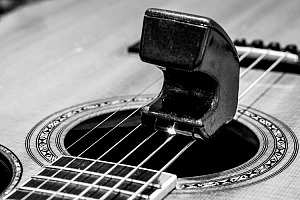 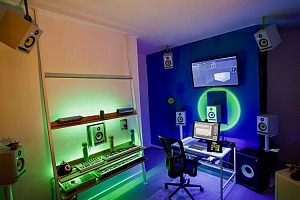 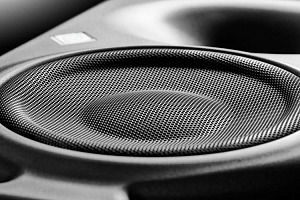